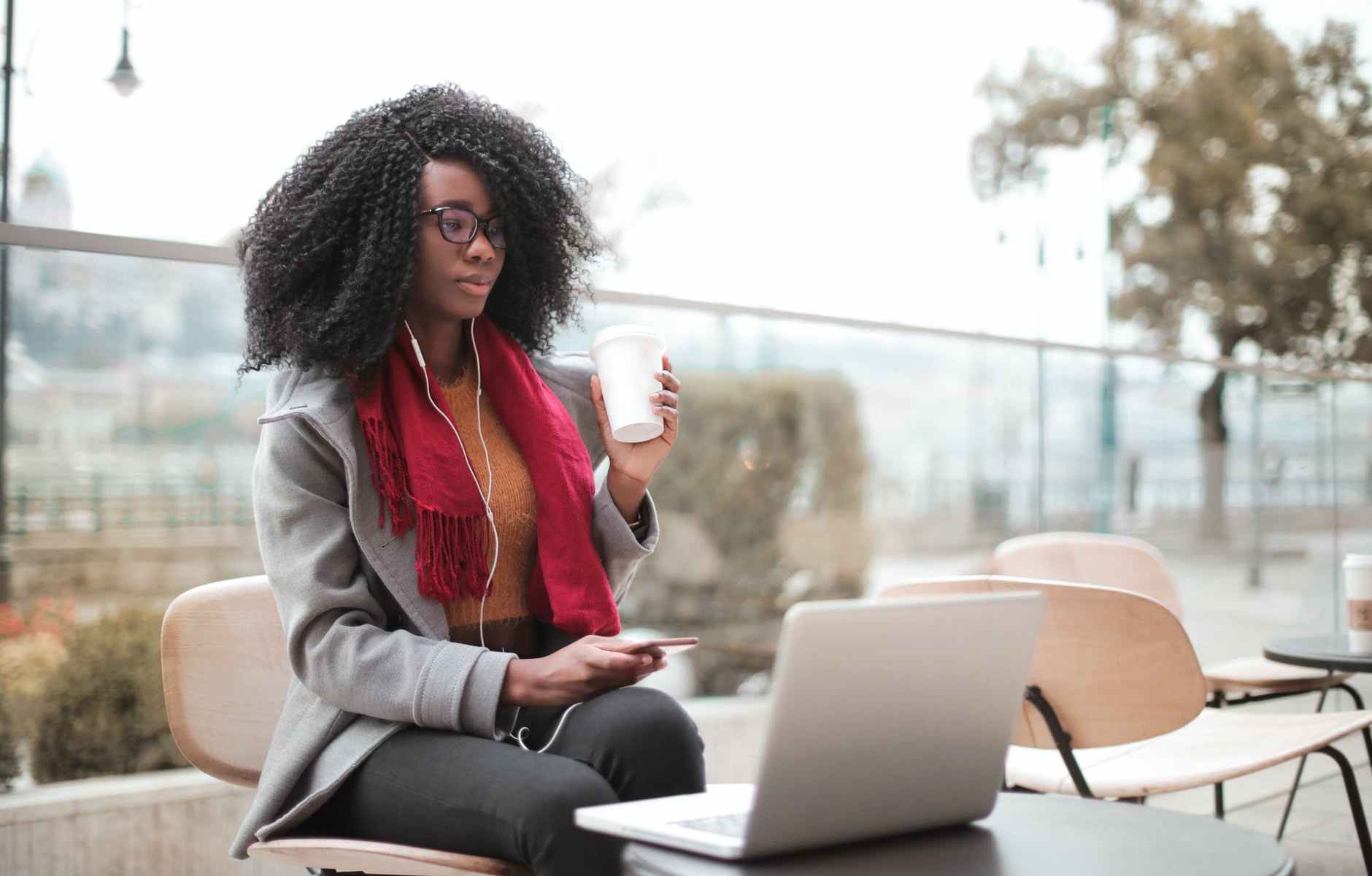 Quantitative psychological research lends itself to the statistical testing of hypotheses. Although the field makes abundant use of randomized and controlled experiments in laboratory settings, such research can only assess a limited range of short-term phenomena. Thus, psychologists also rely on creative statistical methods to glean knowledge from clinical trials and population data.[182] These include the Pearson product–moment correlation coefficient, the analysis of variance, multiple linear regression, logistic regression, structural equation modeling, and hierarchical linear modeling. The measurement and operationalization of important constructs is an essential part of these research designs.

A true experiment with random allocation of subjects to conditions allows researchers to make strong inferences about causal relationships. In an experiment, the researcher alters parameters of influence, called independent variables, and measures resulting changes of interest, called dependent variables. Prototypical experimental research is conducted in a laboratory with a carefully controlled environment.

Repeated-measures experiments are those which take place through intervention on multiple occasions. In research on the effectiveness of psychotherapy, experimenters often compare a given treatment with placebo treatments, or compare different treatments against each other. Treatment type is the independent variable. The dependent variables are outcomes, ideally assessed in several ways by different professionals.[185] Using crossover design, researchers can further increase the strength of their results by testing both of two treatments on two groups of subjects.

Quasi-experimental design refers especially to situations precluding random assignment to different conditions. Researchers can use common sense to consider how much the nonrandom assignment threatens the study’s validity.[186] For example, in research on the best way to affect reading achievement in the first three grades of school, school administrators may not permit educational psychologists to randomly assign children to phonics and whole language classrooms, in which case the psychologists must work with preexisting classroom assignments. Psychologists will compare the achievement of children attending phonics and whole language classes.

Experimental researchers typically use a statistical hypothesis testing model which involves making predictions before conducting the experiment, then assessing how well the data supports the predictions. (These predictions may originate from a more abstract scientific hypothesis about how the phenomenon under study actually works.) Analysis of variance (ANOVA) statistical techniques are used to distinguish unique results of the experiment from the null hypothesis that variations result from random fluctuations in data. In psychology, the widely used standard ascribes statistical significance to results which have less than 5% probability of being explained by random variation.[187]

Other Forms of Statistical Inference

Statistical surveys are used in psychology for measuring attitudes and traits, monitoring changes in mood, checking the validity of experimental manipulations, and for other psychological topics. Most commonly, psychologists use paper-and-pencil surveys. However, surveys are also conducted over the phone or through e-mail. Web-based surveys are increasingly used to conveniently reach many subjects.

Neuropsychological tests, such as the Wechsler scales and Wisconsin Card Sorting Test, are mostly questionnaires or simple tasks used which assess a specific type of mental function in the respondent. These can be used in experiments, as in the case of lesion experiments evaluating the results of damage to a specific part of the brain.[188]

Observational studies analyze uncontrolled data in search of correlations; multivariate statistics are typically used to interpret the more complex situation. Cross-sectional observational studies use data from a single point in time, whereas longitudinal studies are used to study trends across the life span. Longitudinal studies track the same people, and therefore detect more individual, rather than cultural, differences. However, they suffer from lack of controls and from confounding factors such as selective attrition (the bias introduced when a certain type of subject disproportionately leaves a study).

Exploratory data analysis refers to a variety of practices which researchers can use to visualize and analyze existing sets of data. In Peirce’s three modes of inference, exploratory data analysis corresponds to abduction, or hypothesis formation.[189] Meta-analysis is the technique of integrating the results from multiple studies and interpreting the statistical properties of the pooled dataset.[190]

A classic and popular tool used to relate mental and neural activity is the electroencephalogram (EEG), a technique using amplified electrodes on a person’s scalp to measure voltage changes in different parts of the brain. Hans Berger, the first researcher to use EEG on an unopened skull, quickly found that brains exhibit signature “brain waves”: electric oscillations which correspond to different states of consciousness. Researchers subsequently refined statistical methods for synthesizing the electrode data, and identified unique brain wave patterns such as the delta wave observed during non-REM sleep.[191]

Newer functional neuroimaging techniques include functional magnetic resonance imaging and positron emission tomography, both of which track the flow of blood through the brain. These technologies provide more localized information about activity in the brain and create representations of the brain with widespread appeal. They also provide insight which avoids the classic problems of subjective self-reporting. It remains challenging to draw hard conclusions about where in the brain specific thoughts originate—or even how usefully such localization corresponds with reality. However, neuroimaging has delivered unmistakable results showing the existence of correlations between mind and brain. Some of these draw on a systemic neural network model rather than a localized function model.[192][193][194]

Psychiatric interventions such as transcranial magnetic stimulation and drugs also provide information about brain–mind interactions. Psychopharmacology is the study of drug-induced mental effects.

Computational modeling is a tool used in mathematical psychology and cognitive psychology to simulate behavior.[195] This method has several advantages. Since modern computers process information quickly, simulations can be run in a short time, allowing for high statistical power. Modeling also allows psychologists to visualize hypotheses about the functional organization of mental events that couldn’t be directly observed in a human. Computational neuroscience uses mathematical models to simulate the brain. Another method is symbolic modeling, which represents many mental objects using variables and rules. Other types of modeling include dynamic systems and stochastic modeling.

Animal experiments aid in investigating many aspects of human psychology, including perception, emotion, learning, memory, and thought, to name a few. In the 1890s, Russian physiologist Ivan Pavlov famously used dogs to demonstrate classical conditioning. Non-human primates, cats, dogs, pigeons, rats, and other rodents are often used in psychological experiments. Ideally, controlled experiments introduce only one independent variable at a time, in order to ascertain its unique effects upon dependent variables. These conditions are approximated best in laboratory settings. In contrast, human environments and genetic backgrounds vary so widely, and depend upon so many factors, that it is difficult to control important variables for human subjects. There are pitfalls in generalizing findings from animal studies to humans through animal models.[196]

Comparative psychology refers to the scientific study of the behavior and mental processes of non-human animals, especially as these relate to the phylogenetic history, adaptive significance, and development of behavior. Research in this area explores the behavior of many species, from insects to primates. It is closely related to other disciplines that study animal behavior such as ethology.[197] Research in comparative psychology sometimes appears to shed light on human behavior, but some attempts to connect the two have been quite controversial, for example the Sociobiology of E.O. Wilson.[198] Animal models are often used to study neural processes related to human behavior, e.g. in cognitive neuroscience.

Just as Jane Goodall studied chimpanzee social and family life by careful observation of chimpanzee behavior in the field, psychologists conduct naturalistic observation of ongoing human social, professional, and family life. Sometimes the participants are aware they are being observed, and other times the participants do not know they are being observed. Strict ethical guidelines must be followed when covert observation is being carried out.

Program Evaluation is a systematic method for collecting, analyzing, and using information to answer questions about projects, policies and programs,[201] particularly about their effectiveness and efficiency. In both the public and private sectors, stakeholders often want to know whether the programs they are funding, implementing, voting for, receiving or objecting to are producing the intended effect. While program evaluation first focuses around this definition, important considerations often include how much the program costs per participant, how the program could be improved, whether the program is worthwhile, whether there are better alternatives, if there are unintended outcomes, and whether the program goals are appropriate and useful.[202]